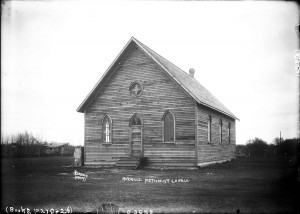 In the spring of 1907, residents of Norwood approached Dr. H.R Riddel, Principal of Alberta College where candidates for the Methodist Ministry were trained, with a request for a student to conduct services in the neighbourhood. Fortunately, Riddel had the right man for the job. L. J. Law was a young man who “would fit right in”

and could start immediately. Roused to action, residents began preparations. They borrowed a tent from Grace Methodist Mission, which had been used in 1905 to initially shelter that congregation, and advertised the opening of the Norwood Methodist Mission for Sunday May 12, 1907.

Located on the corner of Kennedy Street (93rd) and Spruce Avenue (114th), this initial Mission was a rustic affair. They had a dozen chairs with planks run between them for seating, a small wooden table for a pulpit, and the prairie ground for flooring, but the service was well attended and  plans for a new building began immediately.

Before winter set in, they had raised $250 and built a rough wooden building on the site that would serve them for five years. By 1912, the congregation was growing rapidly as new families moved to the area and plans were laid out for a new building. The present site was selected and plans were drawn up by architects Hooper & Hooper of Winnipeg. The design of the new church reflected the optimism of the time. It was a three-phase development which would grow to house the budding community. Unfortunately by the time it was finished in 1912, the Mission was heavily indebted by $20,000. The subsequent years of war and depression brought severe financial struggles. The original ambitious plans never came to fruition and by 1957 the old church was showing signs of wear. It was demolished to make way for the present building which was designed by Mr. Hugh Seaton of R.C. Stanley & Co. and dedicated in 1960.

Throughout its history, Norwood United Church was heavily involved in the community through numerous auxiliary organizations that emerged to bring community members together and provide much -needed services. In the early 2000s dwindling numbers forced the United Church to close. Shortly after the Orthodox Reformed Church of Edmonton purchased the building and moved into the neighbourhood. 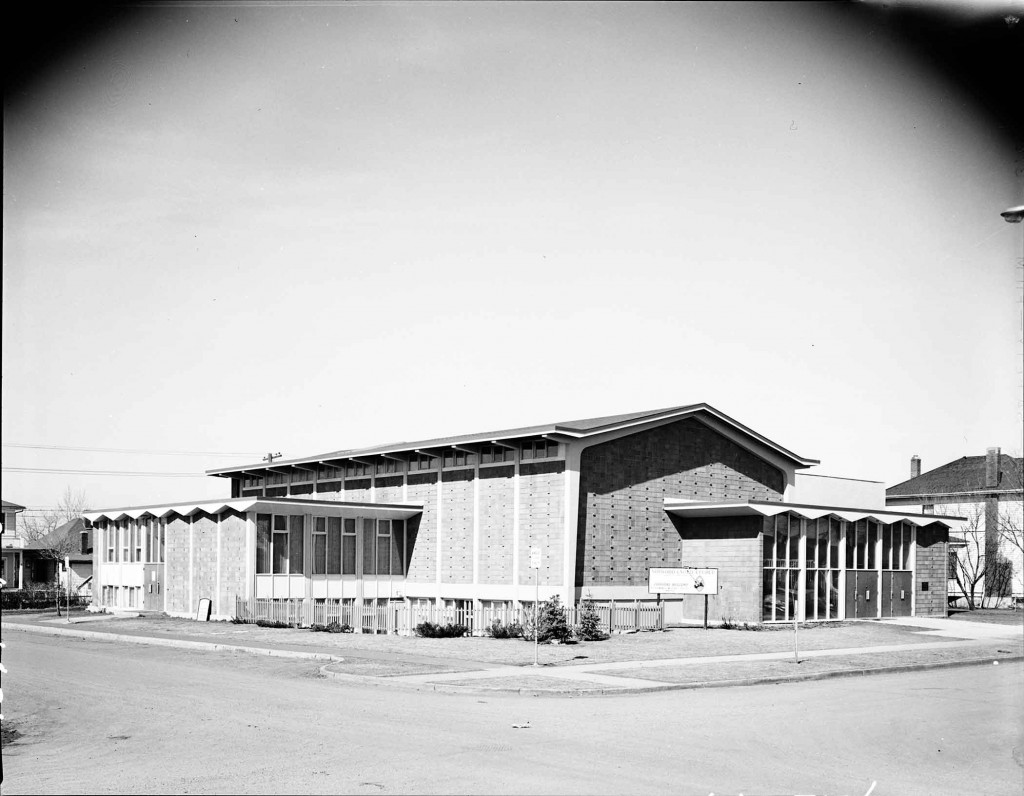