The Rose Theatre remained for the next twenty years with Shirtcliff living in the back of this building. Early residents recall going on Saturday mornings to the Rose Theatre to see serial cartoons and movies for five cents. That was a vast sum for many children during the Depression, one which was often scrounged through ingenious methods – or hard work. For example a stick equipped with chewing gum would be used to reclaim lost coins dropped carelessly between cracks in the wooden sidewalks that lined the Avenue.

More than movies though, the Rose Theatre was a community hub. It hosted traveling lectures on subjects as diverse as the benefits of milk and the necessity of prohibition. It also served as a forum for candidates and citizens during municipal elections.

“At New Years Eve, they always had a movie that started about 9 o’clock. You’d go to the movie and after they’d have prizes for you, they’d have a draw, you’d get a toaster or an iron or a set of dishes. And boy, everybody in the neighbourhood went, because everyone was hard up. But to go out for an evening like that and come home with a prize was really something.”  – Binnie Engley

In 1936, Shirtcliff sold the theatre to R. Shacker but continued to live in the building until his death in 1939. When it was sold, Shacker changed the name to the Avenue Theatre and ran the business at the same location until 1951 when it was moved to its present location under the new management of Samuel Binder.

The Tiara building which replaced the theatre is significant for its modern design, demonstrated by the cantilevered roof, inset entrances, and large storefront windows. It is a good example of the changing design of commercial structures in the 1950s that brought an end to the extravagant signage and building types. Over the years it has served as a home to many businesses on the Avenue as the character of the area continued to change. 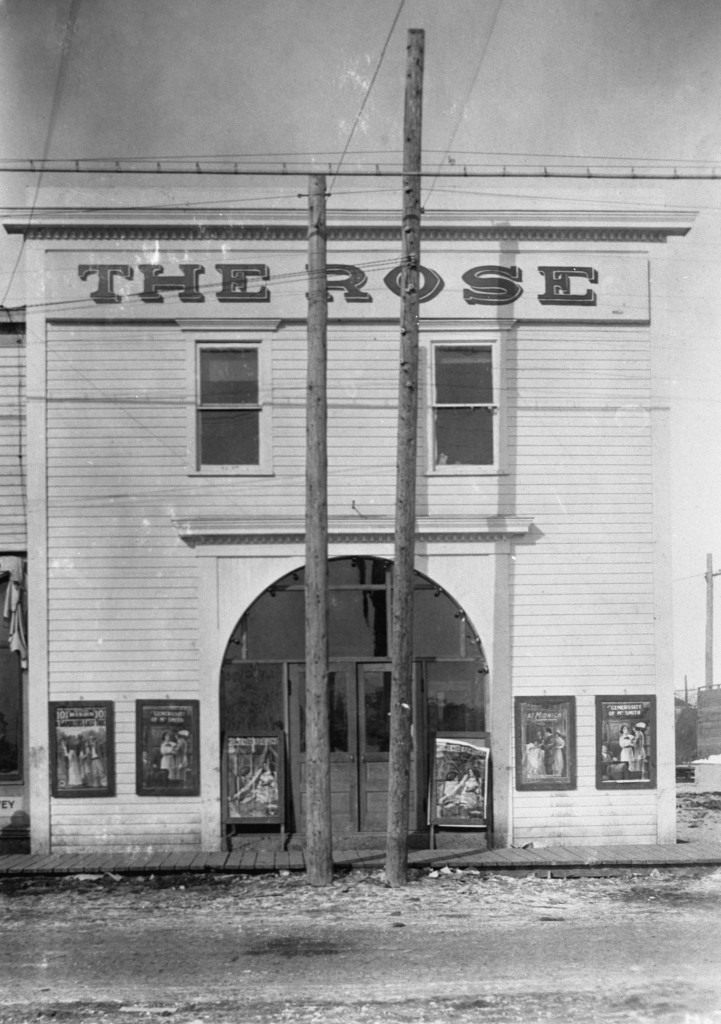