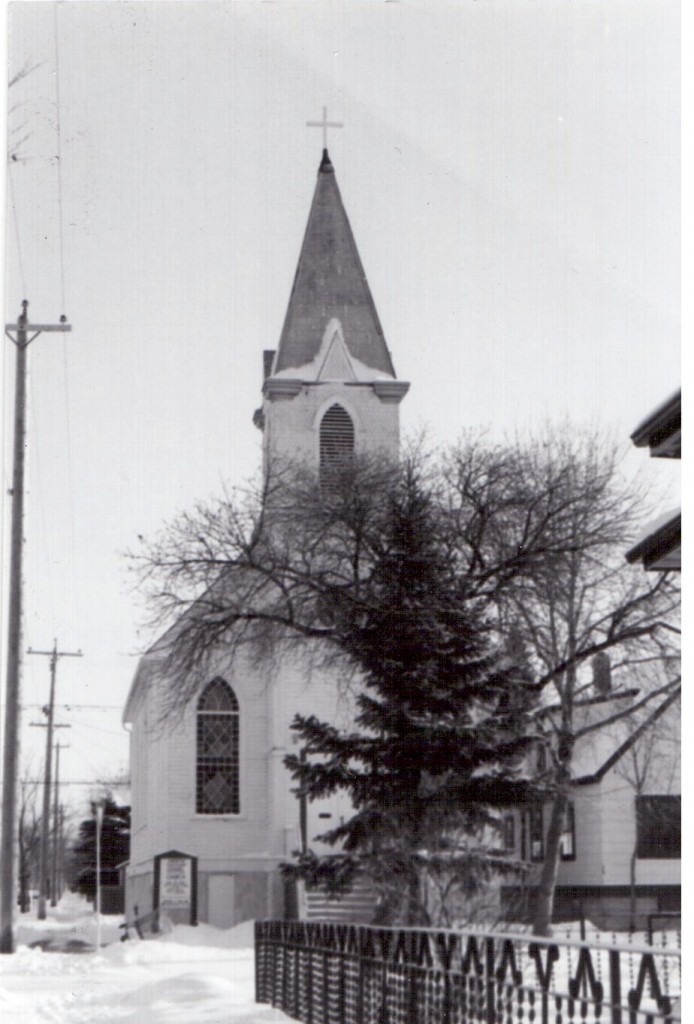 The German Lutheran Church was built around 1916 but did not remain for long. In 1922, the building was purchased by the Norwood Masonic Lodge which remained there until 1950

The Masonic Lodge was established on May 19, 1915 with eleven charter members. Unlike other north side branches who met at the Masonic Lodge downtown, the Norwood Lodge decided to rent a space on the second floor of the McQueen Hall at 8907-118th Avenue. The room was filled to capacity for the institution of the lodge in 1915 “where cigars were handed around and smoking was indulged”.

Over the years the Norwood Masonic Lodge played an active role in community life. The most anticipated events were the Ladies Nights and children’s Christmas parties, some of which were held at the lodge and others at the Alberta Avenue Community League.

The Masonic Lodge moved into the downtown Hall in the early 1950s. The building became home to a number of faiths through the years, first as the Immanuel Baptist Church, then as the Four Square Gospel Church. Today it houses the Syrian Orthodox Church.