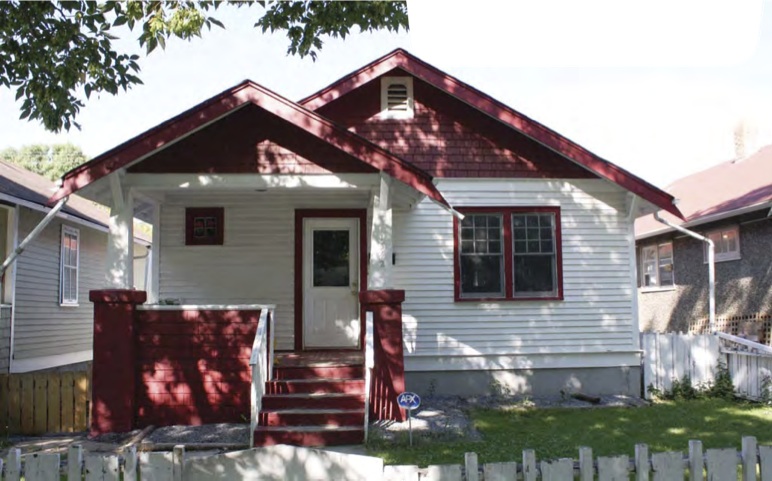 The bungalow, by its scale of production, is perhaps the best symbol that remains of the people who called this area home.

The Gregor Residence, built 1927, is a beautifully preserved example of the typical bungalow; much of the original wood siding and decorative elements remain. Gregor, a characteristic blue-collar resident of the area, was a mechanic who worked on 106th Avenue at Gimby and Coburn, which later became Jenner Motors.

Wide popularity of the bungalow in the interwar era was in part the result of the hard times people were living through. But it does not fully account for it because while the final cost of a bungalow was less than a two storey house, the per foot cost was actually higher, which must have made it a difficult economic decision for home builders.

More important to the popularity of this particular design were the general social theories that emerged after the War. As Dean Paget of the University of Calgary said in 1910 “since the character was moulded in the home, the quality of the house itself was an important determinant of the sort of people society produced.”

Simple lines, modest designs, few superfluous decorative elements and a general air of coziness that brought families close together, were the appealing aspects of the bungalow. It was the home that would craft the Euro-Canadian family and promote the fine social order that was believed to be best.

Numerous identical designs nearby demonstrate the uniformity of building that had already been achieved by the late 1920s. Housing designs were set out in distant eastern cities as part of a growing building supply chain that standardized both design and construction methods across North America.