Posted by AveHistory in Articles, Community | No Comments 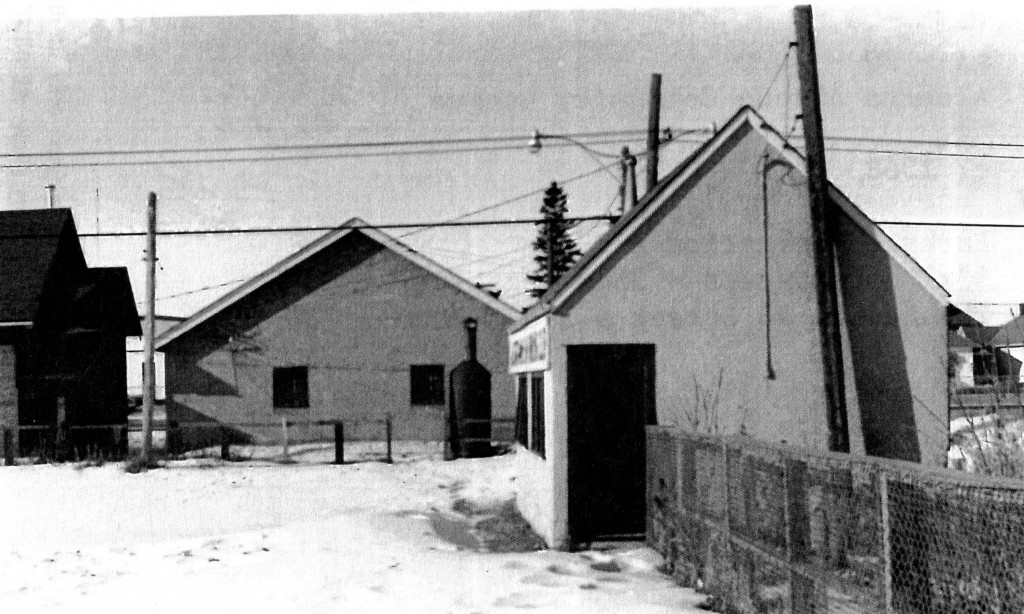 In 1894, a two block area on what is now 118th Avenue, between 90th and 92nd Streets, was cleared of bush and subdivided.  The area was called Fairview and was a part of North Edmonton Village until 1912 when it was amalgamated with Edmonton.

H.A. Gray School was the scene of seminal meetings of the Alberta Avenue Community League.  Citizens would gather there to make their own inexpensive entertainment:  whether it was a whist drive, a civic lecture or a musical concert. Alberta Avenue held a variety show at the school in the spring of 1925.  It started out with a lively rendition of “O Canada” by the children of grades 4-6.  Next were ‘moving pictures’ featuring The Floor Walker by Charlie Chaplin and then there were readings of “Little Boy Blue” and”In Flanders Field”. To speed things up a bit after the recitals and movies, numerous musical acts followed in rapid succession.  First off was a sword dance, then a highland fling.  Next there was a Dutch dance followed by a mixture of choruses, duets, quartettes and piano solos.  The vocalists were accompanied by Alberta Avenue’s String Orchestra.

Alberta Avenue built a community hall at 92nd Street and 118th Avenue in 1931.  It was officially opened by A.U.G. Bury, M.P., who referred to the “inspiring community spirit” of the league.  Following the speech, a program was offered that featured local performers such as St. David’s Welsh Orchestra. The league’s grounds (partly a potato patch) were fully developed by 1932, to include a hall and tennis court, a wading pool, playgrounds and a bowling green.  The green affiliated with the Edmonton Lawn Bowling Club. Anyone familiar with the community in those days will remember the summer sights and sounds:  chinldren laughing and shouting in the wading pool, while adults congregated on the bowling green or tennis court.

For those curious about inflationary trends, it is interesting to note that the total cost of the bowling green was $1000.  At the time, $1000 was no little sum, although it must be admitted that costs were kept down thanks to volunteer construction workers.  Alberta Avenue’s Ladies Auxiliary was also a great help, raising monies via strawberry teas, raffles, craft sales and bazaars.  There were also donations from several individuals and businesses.  The Edmonton Bulletin, for instance, donated a stage for the hall. While time has changed much at Alberta Avenue Community League, it has left a few things untouched.  The league remains essential to life in the community but in quite different ways than in the 1930’s.

By the end of the 1970’s, the community of Alberta Avenue was no longer young.  There was a need for new ideas, new facilities and programs.  After funding became available under the Neighbourhood Improvement Plan (NIP), Alberta Avenue, sensing the time was ripe for action, set up a joint committee with Eastwood to discuss community development. The committee was called NEED, meaning Neighbourhood Effort for Essential Development.  It begans its work by carrying out a survey to determine what people wanted.  With the help of 50 social studies students from M.E. Lazerte Composite High School, 785 questionnaires were distributed.  On the basis of nearly 300 returned it was found citizens thought a new building should be used for a senior citizens’ drop-in centre, social events, a teen drop-in centre and bingos.  Also revealed by the survey, was a demand for racquetball courts and a day care centre.

Residents of Alberta Avenue had the opportunity to discuss the future of their community on several occasions during this period.  One meeting in May 1978 brought out over 100 people.  Another under the auspices of the mayor’s office drew over 40 citizens.  Mayor Cec Purves told the meeting:  “If planning is basic to people’s quality of life, then the usual administrative approaches are not enough.  We must make sure that the mechanisms and resources are there to encourage people to participate.”

After months of planning and citizen input, Alberta Avenue reached its desired goal:  funding for a new multi-purpose centre.  Participating in NIP, Alberta Avenue received $81,000 for the federal government, $40,500 from the province and a matching $40,500 from the city.  The province kicking in another $197,350 via the Major Cultural/Recreational Facility program, and the Elks Club donated a furher $60,000.  This still left a gap in financing of $250,000, which the league made up through bingos, casinos and special donations of $25 or more.  These qualified the donor for special recognition on a plaque in the new centre.

The long awaited day arrived on February 13, 1982, when the Avenue’s centre was offically opened.  Its modern design included a seniors’ drop-in centre, racquetball courts, a games room, sports dressing rooms and a spacious auditorium.  The final cost of the complex was $669,000; it was all certainly a contrast with the humble hall of 1931, which cost a whopping $3,000.

On hand for opening day were master of ceremonies Ray Martin, Bill Yurko M.P., and Alderman J. Cavanaugh who presented a plaque and city flag to Alberta Avenue.  Norwood MLA Catherine Chichak presented similar emblems from the province.  Tribute was given to Jack Hodson, a league member of vitality and vision who edited the NEED NEWS and gave unselfishly of his labour to the district.  Sadly, Jack passed away untimely on September 11, 1981, before he could see the fruition of his work.  He will be remembered as the new auditorium is called ‘Hodson Hall’.

From: Volunteers: A History of the Largest Volunteer Organization in North America By Vaughn Bowler and Michael Wanchuk, Edmonton Federation of Community Leagues, 1986.