When work began on the $1-million P. Burns & Co. (later Burns Foods) packing plant at 76th Street and 120th Avenue, it was considered one of the most significant industrial events in the city’s history.

For several decades, Edmonton was the hub of the meat-processing industry in Western Canada. In addition to Burns, well-known companies such as Swifts, Gainers and Canada Packers had processing plants in the area.

Land for the Burns plant had been purchased just north of Alberta Avenue, the first sod had been turned and within a year there would be a packing establishment as large as those of Burns plants in Calgary and Vancouver.

John Burns, nephew of millionaire packer Patrick Burns, said work would be carried out as fast as weather would permit. He estimated $500,000 would be spent during that time, $150,000 of that in payroll.

Joseph Burns and cattleman Cornelius Joseph Duggan arrived from Calgary that morning with blueprints and wasted no time getting down to business. At the site, they staked out the location of the main building. 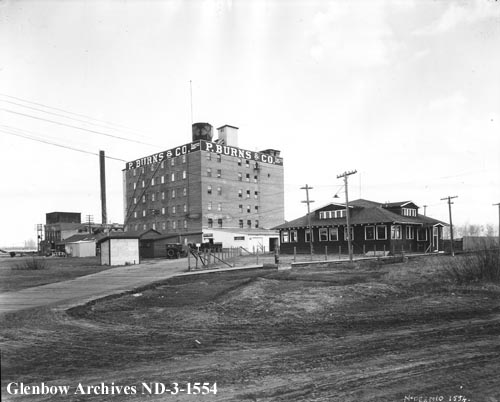 It was projected that when the plant became operational, at least 100 people would be employed there.

Patrick Burns was a rancher, senator and philanthropist. He built one of the world’s largest integrated meat-packing empires, becoming one of the wealthiest Canadians of his time. He was also one of the “big four” western cattlemen who started the Calgary Stampede in 1912.

Edmonton’s Burns plant was closed in 1979 and operations were moved to Calgary.

To read more stories from the This Day in Journal History series, go to edmontonjournal.com/history