In Search of the Unseen Details

Not many people today can claim to have nearly drowned in Rat Creek, and it will likely be a long time before the opportunity presents itself again.

It was a cool day, early in winter, the leaves were gone and the ice covering the creek was deceptive, not yet thick enough to support even the weight of a young Stuart McKay. Fortunately that day a young man was on hand to retrieve the wet boy from his unlikely situation.

It may not have been a life changing event, but it is one of those small stories, the unseen details of a spot, that adds something intangible to an ordinary place. In this case, perhaps it adds an extra degree to a subtle smile during an early morning walk through the Kinnaird Ravine.

This is what makes community history so interesting to me, the addition of thin layers of story and depths of understanding to the places we live. Sly anecdotes and moments of memory are the subtleties that transform an ordinary spot into something just a bit more. 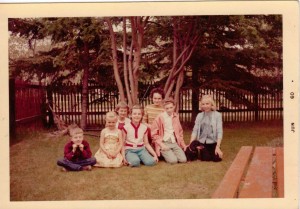 Working on this history project has brought me in touch with many people with whom I share an interest in these little details around us. People whose quiet dedication to collecting stories is a gift they happily share.

Stuart McKay, last seen trudging home wet from the creek, is one of these people. He grew up in Cromdale in the 1950s, eventually moving away with his family and later building a life and a career elsewhere within the city. Despite many years of living away though, he still holds a special interest in the area where his family settled and lived for so many years before him.

While he admits that genealogists have a tendency to annoy, especially to those members of the family who may not share the passion, he has maintained an interest in his family’s history since he was thirty years old. Notedly though, it helps to have an interesting family to learn about, Marshal McLuhan as an uncle being only one part.

However, like his noteworthy uncle, Stuart’s interests are broad and he has a dedication to his work that is enviable. For years Stuart has worked on building timelines on various topics from the history of sound recording to chronological coverage of a local radio personality. 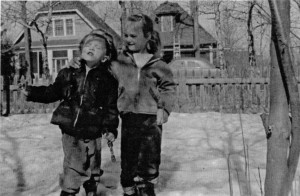 I stumbled onto the website that he has built while researching the history of the area. Among his many subjects is an collection of timelines and photos dealing with the history of Cromdale and Parkdale.

While simple, the website is again a testament to his efforts as he has taken the time to learn web coding simply to put his research up for others to see. A task I can attest is far from glamorous and requires a fairly fine attention to details.

With a quick look one could pass off Stuart’s website as a mixed collection of thoughts and ideas gathered into chronological order, but for one that shares his passion, it is clear he is someone who also sees the importance of the details. He is one of many people in our community whose dedication and interest has helped us to remember our history and add that extra layer.

If you would like to see Stuart’s work visit his website at www.infoese.ca. Or perhaps you are someone who also shares an interest in the details? It would be a pleasure to hear from you.